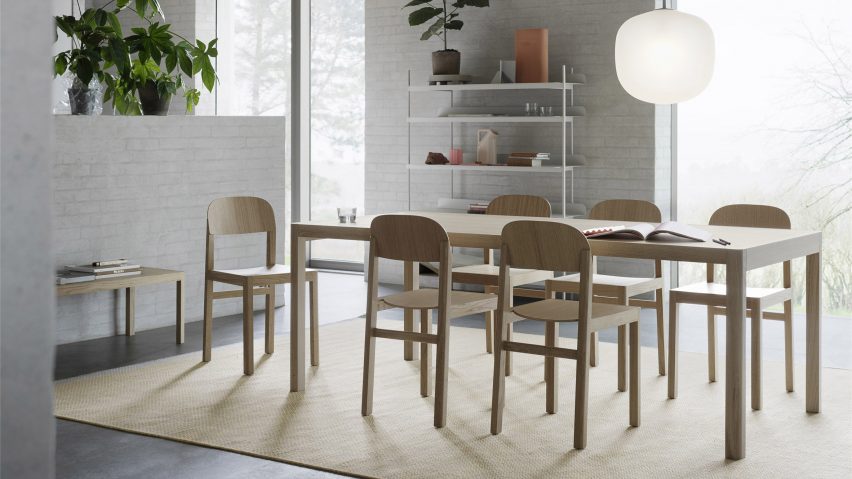 VDF products fair: the Workshop Table for Muuto “has an almost archetypal appearance,” according to designer Cecilie Manz.

The table combines Scandinavian craftsmanship with subtle detailing, making for “a deliberately simple and archetypical expression in a modern dining table,” said the Danish brand.

“The Workshop Table is a design that is pared down to the essence,” said Manz. “Deliberately simple in its expression, the table has an almost archetypal appearance that comes from a wish to make as little noise as possible. The details and joints are doing all the talking.”

The table features a solid oak frame and a top finished either in oak veneer or in warm grey linoleum top. It is the latest addition to the Danish designer’s Workshop Series for Muuto, which also features a chair and a coffee table.

“The Workshop Table by Danish designer Cecilie Manz joins together the ideals of Scandinavian craftsmanship and subtle detailing, making for a deliberately simple and archetypical expression in a modern dining table,” said the brand.

“Extending the expression of the Workshop Series, the Workshop Table translates the understated elements of timeless craftsmanship into a simple design,” Muuto said. “Here, the seamless integration of the tabletop and legs echo the refined sentiments of the Scandinavian design heritage, making for an elegant detail.”