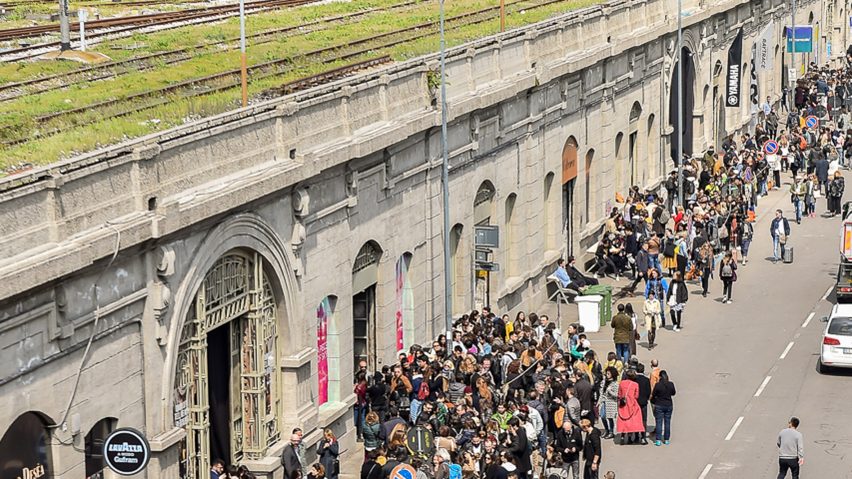 Influential design exhibitions platform Ventura Projects is to cease operating after ten years of organising exhibitions in Milan and other cities due to the impact of coronavirus.

Ventura Projects founder and art director Margriet Vollenberg announced that the company would stop operating following the cancellation of Milan design week and other fairs, plus uncertainty over future events.

“My decision to stop Ventura Projects was based on multiple things,” Vollenberg told Dezeen. “First of all, it’s a financial disaster to have such a big event cancelled a few weeks before it was due to take place.”

“Secondly, the future of the other projects that were on schedule became very uncertain and with a team of 10 people in two countries it was very hard for my company to manage the costs.”

“A great catalyst has been lost”

Designers expressed shock and sadness at the demise of a platform that has helped numerous well-known creatives establish their careers.

“From scratch, Ventura Projects created something unique and was able to renew and expand their concept during the years,” Baas added.

“Many designers, including myself, have been given and seized opportunities to show themselves through Ventura Projects. They gave colour to Milan design week and visitors knew they could expect something good.”

“We are very surprised and saddened by this sudden and sad announcement,” said Satoshi Yoshiizumi of Japanese collective Takt Project, who exhibited at Ventura Centrale in 2019. “I think it was one of the best opportunities of Milan design week.”

Yoshiizumi added that Ventura Projects offered “a very important place for an independent design studio like us, and a point of contact between visitors from all over the world, especially for works that are experimental and open to the future of design.”

“It is a new reality”

“A very common reaction that I got is that people just cannot believe that such a big name stops existing,” said Vollenberg.

“But by communicating this, I also want people to understand that this is really happening right now, it is a new reality which hopefully will change soon, or which in any case will produce new positive things.”

The organisation, based in Utrecht in the Netherlands and Milan, organised the Ventura Centrale and Ventura Future showcases during Milan design week and previously ran the groundbreaking Ventura Lambrate design district in the city.

Ventura Projects was set to make its 11th appearance at this year’s Milan design week. However, the week was first postponed from April to June and then cancelled altogether due to the pandemic.

The organisation’s last show was a digital collaboration with Dezeen’s Virtual Design Festival, which last month gave a platform to many of the designers that had planned to show in Milan this year.

Ventura Lambrate, Ventura Projects’ first show in Milan, was launched in 2010 and continued until 2017. Each April, it turned a former industrial area on the edge of the city into a vibrant design district.

Ventura Centrale was established in 2017 with installations and exhibitions within the vaulted warehouses beneath tracks leading into Milan’s central railway station, while Ventura Future launched in 2018 to focus on the future of design.

“It’s a symbol of what is ahead”

Vollenberg expected other exhibition and design companies to cease operations in the coming months as the financial impacts of the coronavirus continue to be felt.

“Ventura Projects was especially meaningful for independent and upcoming designers from all over the world and unfortunately that part of Ventura Projects cannot exist anymore through the events that we did,” she said.

“In that way, it’s a symbol of what is ahead and will happen in the near future, there will be many losses in terms of companies and events that won’t be there anymore,” she continued.

“On the other hand, I think design becomes even more important because there is a whole new world to develop and to rethink and we need designers for that. But I think we also have to look back with pride and that is what we do now.”

“To be honest, I still don’t know if Organisation in Design will survive this crisis after 15 years of existence,” Vollenberg said. “But for me, it is less important in what way we survive, but more if we can still create relevant things for the design world in the future, which is something we have always done.”

Photography is by Claudio Grassi.