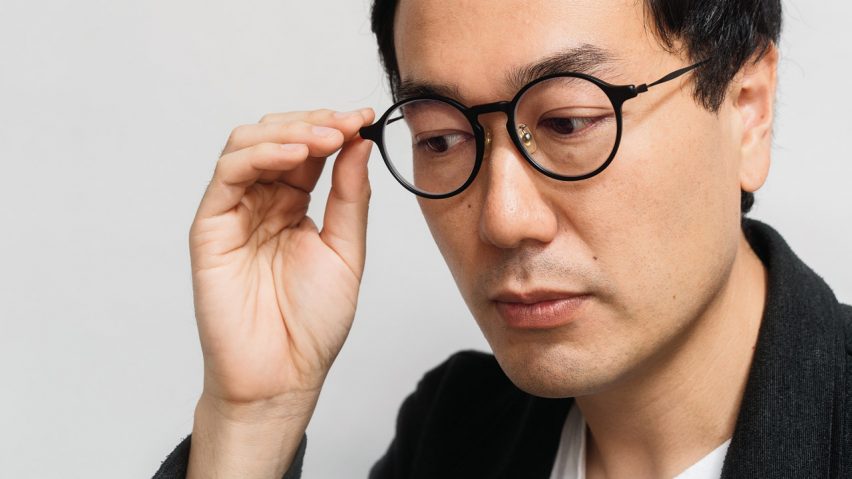 People have become more sensitive to noise during the coronavirus pandemic, highlighting the importance of good sound design, according to sound artist and designer Yuri Suzuki.

“People are spending more time in the house and so they are more sensitive about noises inside and outside the home,” Suzuki told Dezeen.

“Many household objects come with amazing materials, technical and beautiful design,” said Suzuki, who wrote the music for Dezeen’s recent podcast series. “But sound design itself hasn’t really been developed enough in my opinion.”

As more and more people across the world are now working and socialising using video conferencing software, Suzuki believes that people have become much more acutely aware of the often distracting sounds around them.

“When using Zoom, Skype or Google Hangouts, the acoustics of a room directly affects your conversations,” he said. “Noises, such as the sound of a refrigerator, boiling water, unpleasant sounds of eating like forks and knives hitting plates, surround you.”

The designer believes that people’s new appreciation for the importance of the sound around them will ensure that the role of sound designers will become more significant as lockdowns across the globe are lifted and people return to everyday life.

“Sound is always around you and the role of the sound designer is to help make the soundscape better and more comfortable,” he said.

“I strongly think that after the lockdown experience, people will be very cautious about sound and start noticing the sounds that surround them and the sounds they are creating. The importance and responsibility of sound designers will be increased, I think.”

Call for submissions for archive of lockdown sounds

As a response to the Covid-19 crisis, Suzuki has launched a crowdsourced project archiving the sounds of the pandemic, in collaboration with the Dallas Museum of Art.

Entitled Sound of the Earth: The Pandemic Chapter, Suzuki is inviting people around the world to submit the sounds they encounter during the lockdown.

“We invite you to submit sounds — from cooking dinner at home, to the ambulance siren passing by, to online connections with loved ones — and  build a record of this global moment with us,” Suzuki said.

The project takes the form of an interactive, digital rendering of the globe where submissions appear in the geographical location of where they were recorded.

The experience is a continuation of Sounds of the Earth: Chapter 2, a globe-like structure Suzuki created for the Dallas Museum of Art’s Speechless exhibition, which plays different sounds crowdsourced from all over the world in an attempt to create an “auditory portrait of the world”.

The designer hopes the digital edition of the project will give participants “a moment of global shared empathy and a means of connection”.

Dezeen’s podcast theme is “hybrid of acoustic and electronic”

Originally from Tokyo, Suzuki studied design at the Royal College of Art in London and is today a London-based partner at design studio Pentagram.

Recently, Suzuki composed a piece of original music for Dezeen’s new podcast series Face to Face, which features conversations with leading architects and designers such as Es Devlin, Thomas Heatherwick and David Chipperfield.

Using a mixture of the marimba and analogue synthesisers, Suzuki said the piece has “a feeling of Californian, modern, instrumental post-rock”.

The music track features at the beginning and end of each of the seven episodes of the podcast, which was launched earlier this year. “The aim was to make a hybrid of the acoustic and the electronic,” Suzuki explained.

Exploring the relationship between sound and objects

Suzuki’s work explores the ways that sound is made tangible through its relationship to physical objects and technology.

Recently he designed a DIY-record maker that lets you engrave your own vinyl records using an iPhone or computer for Japanese publishing and toy company Gakken.

In 2018, Suzuki created a sonic playground at the High Museum of Art Atlanta composed of colourful sculptures that absorb, modifies and regurgitates the sounds made by participants.

The portrait of Suzuki is by Nick Glover.