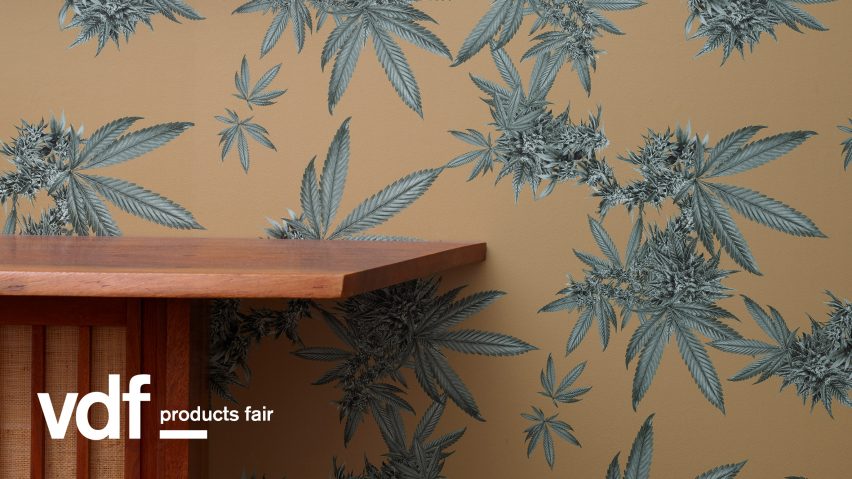 A cannabis-themed wallpaper forms part of Superflower’s Florescence collection, which has launched on the VDF products fair.

Four of the patterns are now live on the VDF products fair, which has been developed as an affordable way for designers and brands to launch new products as part of Dezeen’s Virtual Design Festival.

One of the styles is called Indica, which is modelled on the “visually stunning form” of the cannabis plant. Another pattern, Peony, takes its cues from traditional Japanese flower arrangements.

The two other Florescence patterns that feature at the VDF products fair are named Cannonball and Paradise. Each one was developed by the studio using photographs of live flowers.

“All of the pattern designs begin with photographs of live flowers, which are then composited into what we call Superflowers,” explained Superflower founders Andrew Zuckerman and Nicole Bergen.

“These arrangements are explorations of fantastical floral forms presented in hyperreal clarity,” they continued. “Layering and juxtaposing the papers creates surprising harmony that activates space as one moves through it. The unique chromatic range is drawn directly from primary natural sources.” 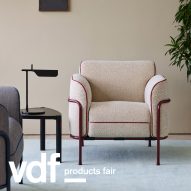 Other brands that have unveiled new designs at the VDF products fair include Muuto, which has launched seven products including a new version of Julien De Smedt’s classic Stacked Storage System.