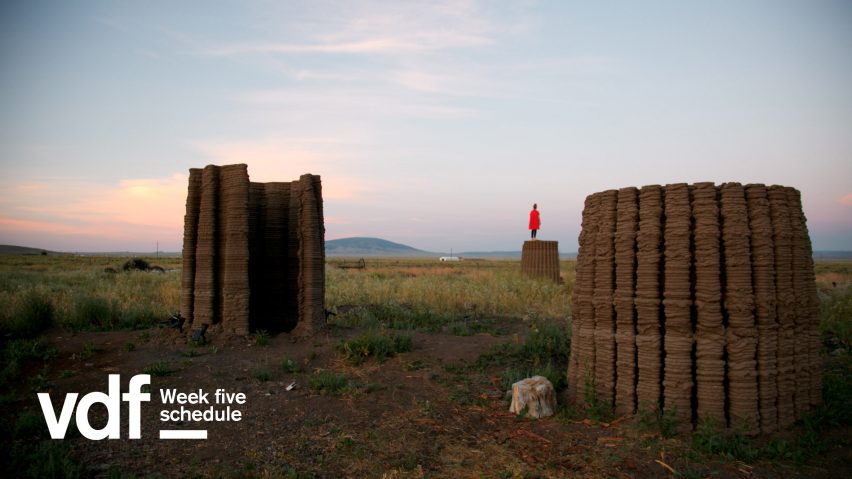 To catch up on what you missed so far, check out the VDF weekly highlights posts looking back on what happened in previous weeks, and see the full VDF schedule. All times are UK times and are liable to change.

Dezeen will launch an exclusive series of video interviews with architects Peter Cook and Dennis Crompton, former members of  influential architecture collective Archigram. The collaboration is sponsored by Enscape.

Today’s interview for VDF’s Screentime series, in partnership with Enscape, is with Stefan Behnisch of German studio Behnisch Architekten.

The second video from Virtual Design Festival’s collaboration with Friedman Benda, featuring designer Faye Toogood, launches. This is part of the gallery’s Design in Dialogue series.

Architect Virginia San Fratello of studio Rael San Fratello is in conversation with Marcus Fairs for this episode of our Screentime series, in partnership with Enscape.

Virtual Design Festival will show three talks from Architects not Architecture featuring well-known architects talking about their paths, their influences and experiences.

Former Archigram member Dennis Crompton discusses the project the influential architecture collective almost built in Monte Carlo, until it was scuppered by the financial crash in the 1970s, in the final instalment of our exclusive video interview series.

Musician Rosey Chan will conduct an interview and special performance, plus share some of her music-based collaborations with designers.

Virtual Design Festival is the world’s first online design festival. Produced by Dezeen and running from 15 April to 30 June, it features a rolling schedule of interviews, movies, product launches, live streams and collaborations. To join the VDF mailing list or to find out more contact vdf@dezeen.com. Press information can be found here.