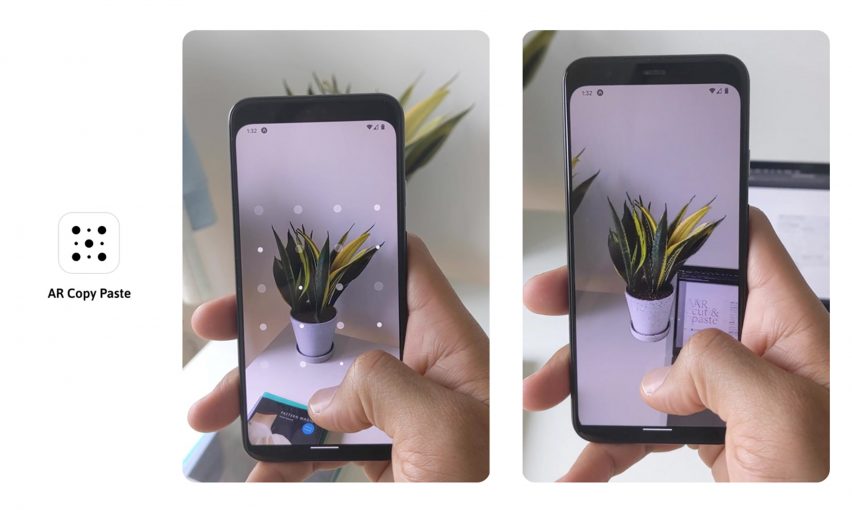 Designer and programmer Cyril Diagne has created an augmented reality tool that can capture images of real-world objects and add them to a computer program in a few seconds.

AR Copy Paste allows users to take a photo of an object in the real world and drop the image into a desktop computer program with a few simple actions on their smartphone.

The app uses augmented reality (AR) and machine learning technology to detect objects in the real world and isolate the image so that the background is automatically removed. Users then move the smartphone over their computer screen to paste the object image into a compatible computer program, such as Photoshop or InDesign.

Diagne said the application has meant a process that usually takes a few minutes or hours, can now be achieved in a few seconds.

“Thanks to modern developments in machine learning, it is now possible to precisely detect people and objects around you, remove the background automatically, and transfer the result to virtually any software on your computer,” Diagne told Dezeen. 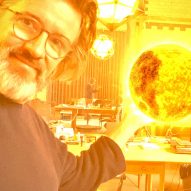 AR Copy Paste can be used on Android, iOS and desktops in conjunction with a number of apps, such as Adobe Creative Suite, Powerpoint, Keynote, MS Paint and Google Docs.

BASNet enables the app to detect the object and remove the background, while SIFT matches coordinates on the phone with the computer screen, to ensure the object is placed where the user wants it.

AR Copy Paste is the latest in a series of tests created by Diagne, a Google artist-in-residence.

This time he was surprised by the response to the prototype, with many saying how it could be helpful for a number of tasks like creating presentations, content for social media and online selling, and decided to turn it into an application.

“The use cases described by such a large and diverse group of creatives made a lot of sense and motivated a couple of friends and me to turn the prototype into a real application that anyone can use,” Diagne said.

A number of projects have employed AR recently in response to the limited real-life interactions caused by coronavirus lockdowns.

Danish-Icelandic artist Olafur Eliasson has created the AR Wunderkammer works, which enables people to bringing rare natural matter, including a burning sun and a sprightly puffin, into their homes.

Designer Sebastian Errazuriz, meanwhile, launched an online exhibition that allows collectors to preview artworks in their home. Errazuriz said the project provides an example of how the pandemic will encourage new ways to be creative.

Quotes about Wedding : These Free Printable “Calendar Style” Photo Save The Dates Are The Best!